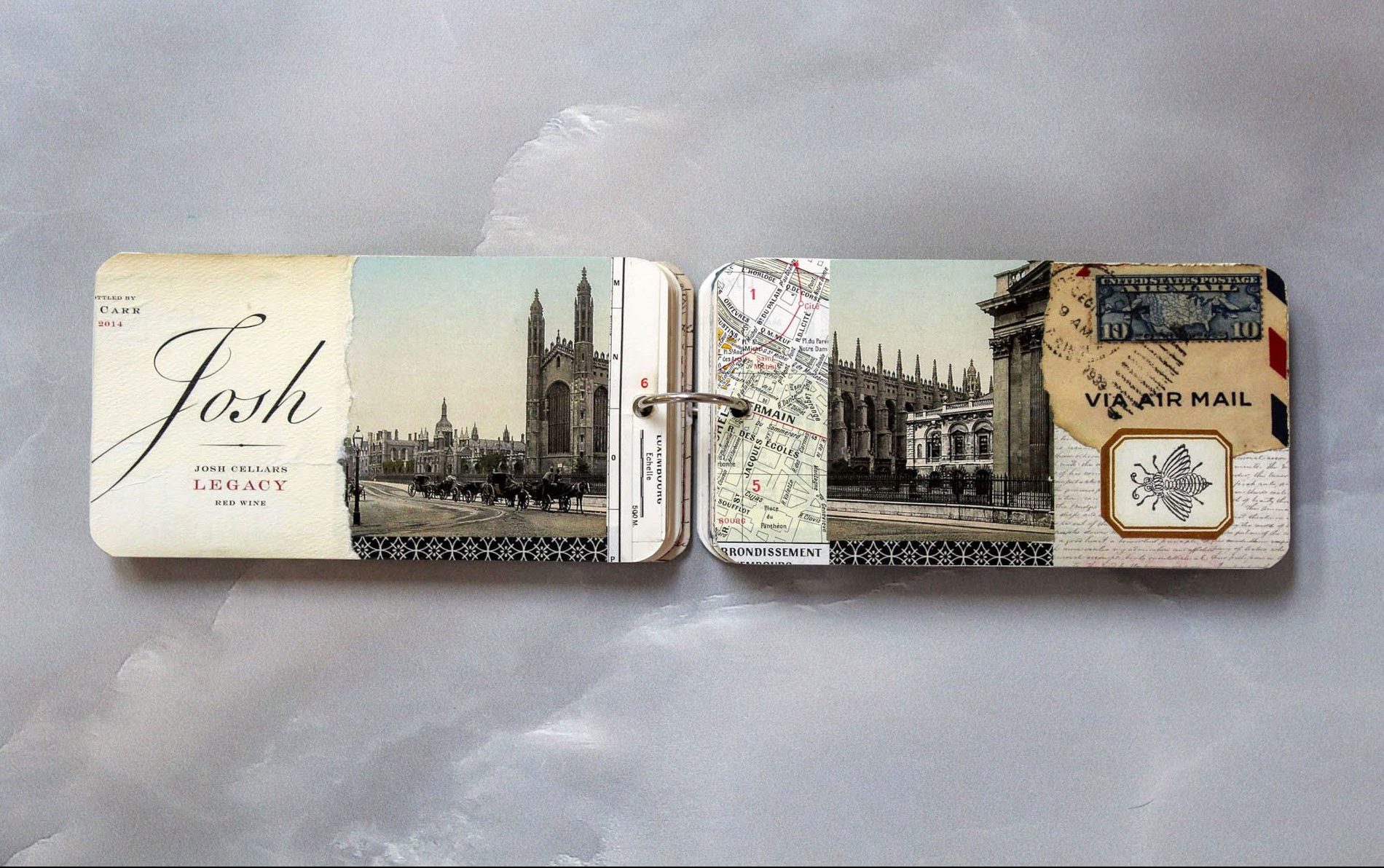 How do you know when it’s done?

I started putting together a collage in an altered book. I put down some vintage paper scraps, washi tape and slickers, and covered it over with gel paste. After that I used some distress inks to put some color on it and used brown paint around the outside for some contrast. I was ready to stop there.

The rubber stamping was on the scraps that I tore up and glued on to the page. The letters were just random alphabet stickers I wanted to use up.

The more I looked at it, the more I thought that it was missing something. I was thinking that it all looked a little too monochrome and needed something to stand out. I decided on using a stencil in bold black ink.

I liked it but then thought I went a little too bold on the left. The black was too dark. And the one on the right, though lighter, just seemed to be floating on the page; it wasn’t grounded. Not good.

So then I thought, what else could I add? How about lace? It definitely adds something.

From a postage stamp catalog to a journal
Next Post: A Journal from envelopes 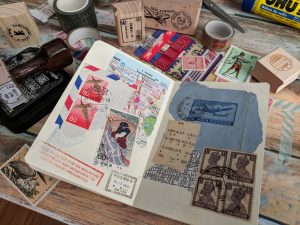